The UK Markey Cancer Center was founded in 1983 and is a dedicated matrix cancer center established as an integral part of the University of Kentucky and the UK HealthCare enterprise.

In July 2013, Markey was designated by the National Cancer Institute (NCI) to receive research funding and many other opportunities available only to the nation’s best cancer centers. Since 2017, the Markey Cancer Center has been recognized as one of the Top 50 Cancer Centers in the nation by U.S. News & World Report.

The only NCI-designated center in Kentucky

Markey is the only NCI-designated center in Kentucky and one of only a handful in the country.

The clinical programs and services of the Markey Cancer Center are integrated with the UK Albert B. Chandler Hospital. Our cancer specialty teams work together with UK Chandler Hospital departments and divisions to provide primary patient care and support services as well as advanced specialty care with applicable clinical trials. All diagnostic services, clinical and pathology laboratories, operating rooms, emergent and intensive care, and radiation therapy services are also provided to cancer patients through UK Chandler Hospital.

The precursor of the current Markey Cance Center began in 1975 with the formation of the McDowell Cancer Network, a community outreach and education program. An initial P30 Cancer Center Support Grant (CCSG) from the National Cancer Institute was awarded to the McDowell Cancer Network in 1978 (Dr. David Goldberg, PI), and in 1995, a P20 Cancer Center Planning Grant (Dr. Ken Foon, PI) was awarded to the center. Other noteworthy milestones include establishment in 1990 of the Kentucky Cancer Registry (KCR) within the MCC — no other state statute locates a state registry within a cancer center — as a population-based cancer surveillance program for the Commonwealth of Kentucky. In 2000, KCR was one of only four cancer registries added to the NCI Surveillance, Epidemiology and End Results (SEER) registry for the current total of 14 population-based statewide registries.

With the recruitment of Dr. Michael Karpf as the Executive Vice President for Health Affairs in 2003, the UK Chandler Medical Center experienced an extraordinary renaissance, leading to a dramatic expansion of UK HealthCare’s overall clinical and research infrastructure and operations, and transforming UK HealthCare into one of the largest academic medical centers in the nation. In 2017, Mark F. Newman, MD, joined the University of Kentucky as the Executive Vice President for Health Affairs and has continued to build upon UK HealthCare's promise to offer world-class advanced suspecialty care for the most complex health problems for all Kentuckians.

A pivotal moment in Markey's development was reached in 2009 with the recruitment of B. Mark Evers, MD, a surgical oncologist and nationally recognized physician-scientist who served as Director of the University of Texas Medical Branch Cancer Center. Since his appointment as Director of the Markey Cancer Center, Physician-in-Chief of the Oncology Service, and Professor in the Department of Surgery, Dr. Evers has received unprecedented institutional, community, and state support to build a cancer center worthy of National Cancer Institute designation. That comprehensive level of support included approximately 40,000 square feet of total space in the recently built Bio-Pharmaceutical Building and 15,377 square feet of dedicated cancer research laboratories in the Biomedical/Biological Science Research Building. Both of these leading-edge facilities have allowed for increased collaborations and interactions of basic and applied scientists in cancer research areas under the aegis of the MCC. Dr. Evers brought with him a team of more than 35 faculty, postdoctoral fellows, graduate students, and research staff to UK, including five established and highly productive cancer investigators who, together with Dr. Evers, introduced 15 new, funded research projects.

GET DIRECTIONS AND PARKING INFORMATION

LEARN MORE ABOUT HOW TO FIND US 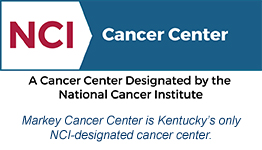