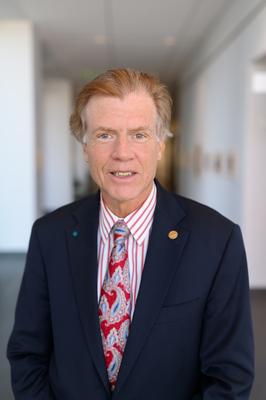 University of Louisville, School of Medicine

American Board of Surgery

Dr. Evers’s basic research, continuously funded by the NIH for the past 21 years focuses on signaling pathways regulating colorectal cancer proliferation and metastasis and mechanisms contributing to intestinal cell differentiation and aging.

Dr. Evers is the PI of an NIH MERIT award (R37 AG010885) which is focused on a better understanding of the function of the gut peptide neurotensin (NT) an important regulatory and trophic hormone localized to specialized enteroendocrine cells (N cells) of the adult small bowel.

Using the novel endocrine cell line model, BON, investigators in Dr. Evers’s laboratory have identified the signaling pathways responsible for NT secretion.  Current studies are also focused on the effects of NT associated with aging and on the proliferation of various cancers.  Dr. Evers is the PI of an R01 from NIDDK (R01 DK048498) which has led to the discovery of new pathways contributing to intestinal cell differentiation.

Current studies are analyzing unique interactions of mTOR on other signaling proteins such as the sirtuin family of proteins.  Finally, Dr. Evers is the PI for the UK GI Cancer SPORE planning grant (P20) which represents a multidisciplinary effort to identify better treatment, diagnostic and preventive strategies for GI cancers, a significant problem in Kentucky.  One project which is being performed in collaboration with Dr. Tianyan Gao is focused on colorectal cancer cell metabolism and effects of mTOR signaling.

Our commitment to your cancer care

B. Mark Evers, MD, FACS, is the director of the UK Markey Cancer Center, Kentucky's only NCI-design…

For this week’s Throwback Thursday, we caught up with Dr. Mark Evers, director of the UK Markey Can…

No. 4 Josh Paschal, played in three UK Football games in 2018 after being diagnosed with a malignan…

The UK Markey Cancer Center has been ranked 38th in the nation by U.S. News & World Report. Thi…

In its ongoing efforts to offer Kentuckians the latest, most innovative cancer treatments available…

Uniting with each of the 69 National Cancer Institute-designated cancer centers, the UK Markey Canc…

The statistics are staggering: Kentucky has disproportionately high incidences of both cancer and m…