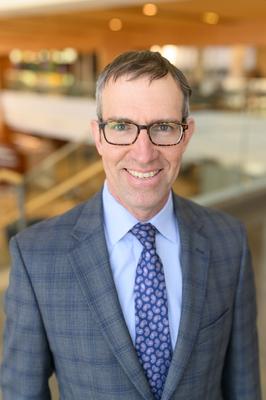 Charles S. Dietrich III, MD, is a graduate of the U.S. Military Academy at West Point and the University of North Carolina School of Medicine. He completed residency training in obstetrics and gynecology at Tripler Army Medical Center in Hawaii and a fellowship in gynecologic oncology at UK.

Dietrich is board certified in both obstetrics and gynecology and in the subspecialty of gynecologic oncology. He joined the UK Markey Cancer Center Division of Gynecologic Oncology after retiring as a colonel from the U.S. Army. During his military career, he served as a general surgeon during Operation Iraqi Freedom and as a battalion surgeon during Operation New Dawn.

Dietrich’s interests include novel treatments for gynecologic malignancies, robotic surgery and humanitarian missions. He recently co-led a medical mission to Bangladesh to support USAID efforts to eradicate fistula in the South Asian country.

Dietrich holds an appointment as associate professor in obstetrics and gynecology in the UK College of Medicine. His primary research focus is on HPV genotypes in cervical cancer patients from geographically remote regions, ovarian cancer screening and novel ovarian cancer treatments.

He is active in the Society of Gynecologic Oncology and is a board examiner for the American Board of Obstetrics and Gynecology.

I have been a practicing gynecologic oncologist since 2006, and I am thrilled to be back at the University of Kentucky. I was drawn to gynecologic oncology because it allows for a highly personalized approach – one physician directs both the surgical and medical aspects of cancer treatment while working with a multidisciplinary team. When patients come to see me, my goal is to partner with them as we navigate through treatment options and to provide state-of-the-art cancer care.

University of North Carolina at Chapel Hill, School of Medicine

For our latest Making the Rounds conversation, we caught up with Dr. Charles Dietrich, who joined t…