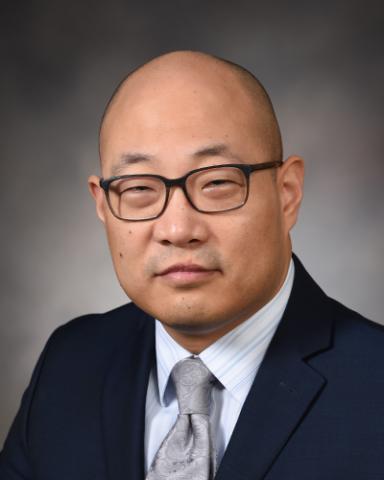 Dr. Dan Han is the Chief of Neuropsychology Division at UK HealthCare, and Professor of Neurology, Neurosurgery, and Physical Medicine & Rehabilitation at the University of Kentucky College of Medicine. He is a Fellow of the American Neurological Association, the Royal Society of Medicine, and of the Royal Society for Public Health. He is former president of the International Society of Neurogastronomy (ISN), and of the Lexington Board of Brain Injury Alliance. He currently serves as the Chair of the Medical & Scientific Advisory Board for the Association of the U.S. Army (AUSA) – McMillan Chapter, and also on the Governor-appointed Board of Directors of the Kentucky Traumatic Brain Injury Trust.

Dr. Han is a Blavatnik Nominee in Life Sciences by The New York Academy of Sciences, and the recipient of the "Honor the Fallen Soldier Patriot" Coin Medallion by AUSA; three Academy of Medical Educator's Excellence in Medical Education Awards; the Jack Runyon Service Award and the 2019 Psychologist of the Year Award by the Kentucky Psychological Association; and the Neurogastronomy Founder’s Award. Dr. Han has been sponsored by the National Institutes of Health, Department of Defense, Department of Education, foundation grants, clinical trials, industry and thank tanks, involving studies of brain–behavior and program development. Clinically, Dr. Han specializes in brain injury and neurological diseases, and leads a consult division serving 24 hospital service lines and 57 regional hospitals and clinical practices. His work has been featured in Newsweek, National Geographic, BBC, NPR, Apple Podcast, Spotify, the APA Monitor on Psychology, among many others, with coverage spanning 16 countries in 11 languages.

University of Wisconsin School of Medicine and Public Health, Madison

Whether you’re an athlete or a weekend warrior, here’s what to know about concussions

Dan Han, PsyD, CELM, FANA, is Chief of Neuropsychology at UK HealthCare. If you participate in s…

Three experts explain The end-of-year holidays are upon us, and for many, it’s a time made all t…