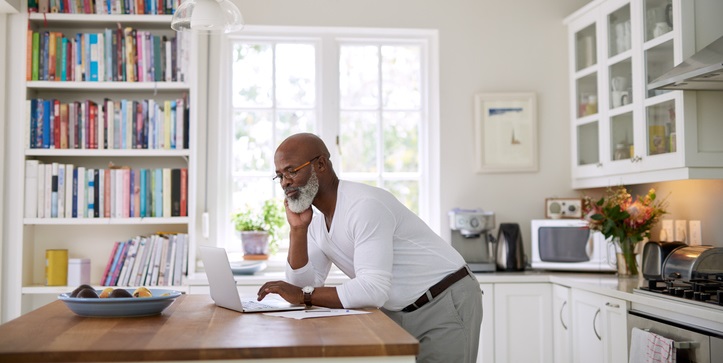 Your questions about pancreatic cancer answered

Beloved “Jeopardy!” host Alex Trebek, 80, passed away on Sunday, November 8, after a lengthy battle with stage 4 pancreatic cancer. As many people around the country mourn his death, we offer our sincere condolences to Trebek’s family.

"It's important that patients seek expertise in the management of pancreatic cancer," said Dr. Joseph Kim, chief of the Division of Surgical Oncology at the UK Markey Cancer Center. "Here at UK, we treat the largest number of patients with pancreatic cancer in the state of Kentucky."

Given Trebek's battle, you might have a lot of questions about this cancer. Here are some answers:

Are there risk factors for pancreatic cancer?

There are several factors that can increase your risk of developing pancreatic cancer. Some of these factors you can control, while others you cannot. Risk factors include:

Pancreatic cancer is typically more common in African Americans and in men, although researchers do not yet understand why.

What are the symptoms?

How is it diagnosed?

Unfortunately, there is no standard diagnostic tool available at this time to detect pancreatic cancer in its early stages.

"Unlike other diseases, like breast cancer or colon cancer, there is no established role for screening for pancreatic cancer in most patients," said Dr. Reema Patel, an oncologist at Markey who treats colorectal, pancreatic and hepatobiliary cancers. "Early detection is sometimes possible if the tumor location itself leads to pain or signs of jaundice or if the tumor is found incidentally, when an imaging test is done for another reason, like a car accident. However, in many patients, tumors are not detected until they have become advanced."

How is it treated?

"Overall, only about 20 percent of pancreatic cancers are detected at a stage that is early enough to undergo surgery to completely remove the cancer for potential cure," said Dr. Michael Cavnar, a surgical oncologist at Markey who treats cancers of the liver, biliary tract, pancreas, stomach and small intestine, as well as abdominal sarcomas. "In these patients, we recommend an aggressive approach that includes surgery, chemotherapy and sometimes radiation."

Some of Markey's surgical oncologists, including Cavnar, are trained to perform the Whipple procedure, a complex surgery to remove tumors at the head of the pancreas.

"Since the care of pancreatic cancer is complicated and involves many different medical specialties, it is important that patients who are diagnosed with this disease be evaluated at a center with a multidisciplinary approach to the disease," said Patel. "Over the last few years, a number of exciting advances have taken place, which we believe will lead to patients with pancreatic cancer living longer."

Learn more about Markey’s Pancreas Cancer Team, which provides expert consultation and ongoing care for patients with cancers of the pancreas. You can also request an appointment online or call 859-257-1000 or toll free 800-333-8874.

What you need to know about pancreatic neuroendocrine cancer