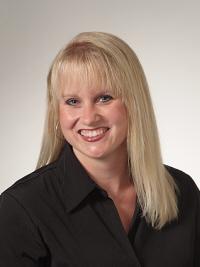 We’re all part of one big team, essentially, and that includes all of our athletic trainers who staff all of the local high schools. We know each other very well, and we trust each other a lot. That helps us provide the best care we can.

I take care of all types of patients, from 8 all the way up to 95, and I treat them like I want to be treated. I think everyone has an athlete within them, and we just need to bring that out.

American Board of Family Medicine

Kimberly Kaiser, MD, is an associate professor of orthopaedic surgery and sports medicine…

Watch: Tips on how you can eat like an Olympic athlete

You can eat like an Olympic athlete, even if you don't have access to dietitians and experts who pl…

We caught up with Dr. Kim Kaiser for our latest Making the Rounds interview. Dr. Kaiser is a sports…