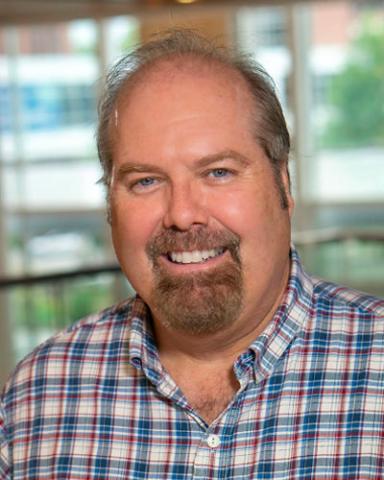 Kris Tallio has been with UK HealthCare since 2004, initially working with Sports Rehabilitation and with Outpatient Physical and Occupational Therapy since 2012. He is originally from Atlantic City, New Jersey and completed his B.A in Biology from Lasalle University in Philadelphia in 1987.

After graduating he attended Rutgers University-Camden for his Master’s in Physical Therapy in 1990. His initial position was at University of Michigan, first in acute care then moving to the sports medicine program, MedSport, after his first year. He attained his certification in Athletic Training in 1993 and is a current member of the NATA. He moved to North Carolina and served as director of the sports physical therapy program at Southeastern Medical Center in Lumberton, North Carolina.

Kris, his wife and 4 children moved to Lexington in 2004, his 3 older children attending the other university in Kentucky and youngest is a Wildcat.