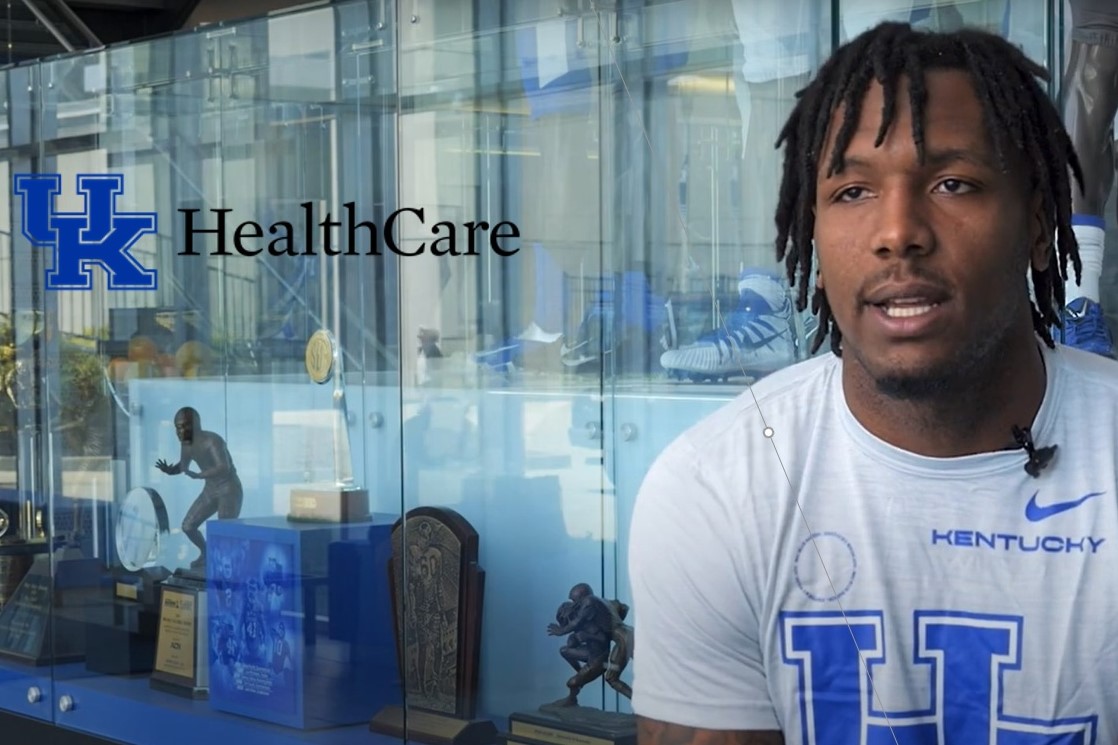 J.J. Weaver is a force to be reckoned with on the gridiron. As a four-star prospect and Kentucky native, BBN was excited to see him suit up for the University of Kentucky football team, and J.J. quickly delivered.

But in June of 2020, J.J.'s world came crashing down when he learned his father was murdered during a home invasion. J.J. poured himself into football — summer workouts, preseason camp and a demanding Southeastern Conference schedule — to help keep his mind occupied and distracted from the pain of losing his father. His hard work and determination was paying off until; on Nov. 28, 2020, during his first career start, he had a career-high six tackles in just three quarters at Florida. And then, in an instant, he fell to the ground with a season-ending knee injury in the same game.

While trying to deal with his father's death and getting his knee in shape to get back on the field, J.J. learned that he needed to focus just as much on his mental health as he was his physical health.

"A lot of my friends back home, they don't know how to cope with things," J.J. said. "So they go back to the streets or do something stupid or take drugs. ... I wish everybody would just talk to somebody."

See more of J.J.'s story below.