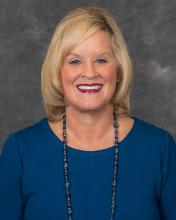 Patricia Kunz Howard, PhD, UK HealthCare enterprise director for emergency services, has been named the president of the Emergency Nurses Association (ENA) for the second time in her distinguished career.

Since 1990, Howard has been actively involved in ENA – the premier emergency nursing organization with 43,000 members worldwide. She served as ENA’s president in 2005 as part of a six-year stretch on the association’s board of directors from 2000 to 2006. She is the first person in ENA’s history to be elected president twice.

“It is truly an honor to represent ENA as president in 2019," Howard said. "I am grateful for the trust members have placed in me. I promise to work diligently with the board, state and chapter leaders, ENA staff, and our members to continue ENA’s future growth and momentum as the leading voice for emergency nurses.”

Howard’s platform for the year centers on inclusivity and diversity to enhance ENA’s relevance to all emergency nurses, continued educational innovation, and an ongoing focus on injury prevention efforts that promote safe environments for patients and nurses.

Howard will oversee the 2019 ENA Board of Directors, which is the association’s governing body. The board manages ENA’s strategic planning initiatives to align with the association’s mission, vision and goals. Board members also serve as liaisons to states by working with local leaders and members.

In her 18 years at UK, Howard has held several positions in emergency services, including operations manager and staff development specialist. Howard’s career accomplishments earned her ENA’s Judith C. Kelleher Award in 2011, and the UK College of Nursing named her as one of its 50 most distinguished alumni in 2010. She was also inducted as a fellow of the Academy of Emergency Nursing in 2008.

She earned her associate's degree in nursing at Salem College in Winston-Salem, NC, and her bachelor's, master's and PhD in nursing from UK.

College of Nursing dean honored by alma mater, pays it forward with scholarship