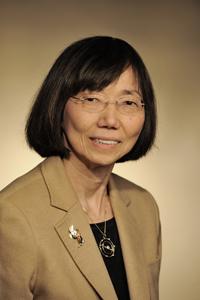 Dr. St. Clair's research focuses on investigating the fundamental mechanisms by which reactive oxygen species (ROS) and reactive nitrogen species (RNS) contribute to normal tissue injury and cancer formation. Her laboratory is the first to clone the human gene for the primary superoxide removal enzyme in the mitochondria, manganese superoxide dismutase (MnSOD), and this initial study has been expanded into several separate but related projects. These projects involve evaluating genetic abnormalities of antioxidant enzymes, the mechanisms regulating gene expression, and the impact these alterations have on the ability of humans to cope with oxidative stress. She has made the seminal observation that expression of MnSOD suppresses neoplastic transformation and promotes differentiation of cancer cells, leading to a reduction in the tumorigenicity and metastatic capability of cancer cells. Her work has led to a paradigm shift in the thinking about the role of antioxidants in cancer therapy.

Chemotherapy-induced side effects to normal tissues are a major problem limiting the success of cancer therapy. The ability of normal tissues to tolerate these side effects frequently imposes a limit on the dose of the anticancer agent that can be given safely to the patient, which in turn limits the probability of a cure. Over the past several years, Dr. St. Clair has led a team of investigators in a series of studies that move between bench and bedside, leading to a novel model of ROS-induced cognitive and cardiac dysfunction. This model proposes that, in addition to the direct ROS-mediated mitochondrial injury in cardiac tissue, there is an indirect mechanism for drug-induced injury common to both cardiac and CNS tissues that results from a cytokine-mediated chain of events triggered by drug-induced oxidative modification of proteins. This team project is designed to identify practice-changing therapy through an integrated program of carefully coordinated mechanistic, interventional, and translational studies with the potential to limit currently devastating tissue injury including chemotherapy-induced cognitive impairment.

Generation of ROS is a major mechanism responsible for the therapeutic effect of ionizing radiation and nearly 50% of chemotherapeutic drugs. Currently, these therapeutic strategies are being used to kill cancer cells without the benefit of a rational design that exploits the intrinsic differences in the cellular redox status of normal cells and cancer cells. Cancer cells are usually under higher oxidative stress than normal cells and it is known that an additional increase in prooxidant level can trigger cell death. Thus, therapeutic approaches that use redox active antioxidants that push tumor cells into oxidative stress overload but stimulate adaptive responses in normal cells can be developed to selectively enhance the efficient killing of cancer cells by radiation/chemotherapy. Dr. St. Clair is developing a novel dual-purpose drug approach that would not only improve the efficacy of cancer therapy but could also improve quality of life for cancer survivors by protecting normal tissue from ROS-generating therapeutics.

The statistics are staggering: Kentucky has disproportionately high incidences of both cancer and m…