2022 Lift Them Up Kid of the Game Team Roster 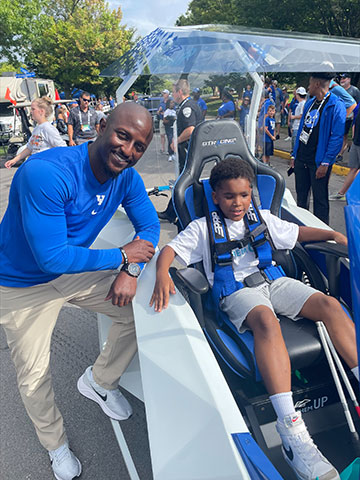 Seven-year-old Malakai was treated for a gunshot wound to the head a few days before Christmas 2020. He had an exploratory surgery to try and salvage his eyesight, which was unsuccessful. He also had a procedure to repair his skull from the damage of the bullet that traveled in his right temple and out through his left temple. Malakai also lost his sense of smell and taste as a result of nerve damage. Malakai has shown strength and resilience throughout this difficult time. Malakai is from Lexington, KY, and his favorite UK Athlete is Benny Snell. Malakai’s favorite foods are frog legs and cheese sticks. Malakai enjoys listening to YouTube, hot wheels, trains and riding his bike. 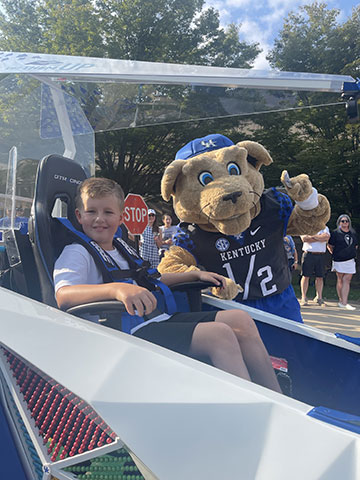 At age 5, Wells was diagnosed with epilepsy. After numerous seizures, many ambulance rides and several visits to Kentucky Children’s Hospital, Wells’ seizures have been controlled for over three years! Wells, now 8, takes medication two times per day and continues to visit his neurologist for an annual checkup. Wells is from Lexington, KY, and his favorite UK Athlete is Dane Key! Wells’ favorite food is chips and queso and his favorite animal is a cheetah. Wells enjoys playing soccer, golf, and basketball. He also likes to read, build Legos and play on his Nintendo Switch. 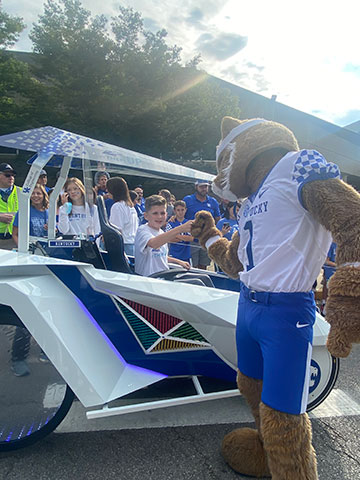 Thirteen-year-old Asher was born with congenital aortic valve stenosis. In April 2022 he underwent a Supported Ross Procedure, which is an open-heart surgery where Asher’s aortic valve was replaced with his own pulmonary valve. The surgeon then used a donor valve to replace his pulmonary valve. Since the surgery, Asher has had a wonderful recovery thanks to Dr. Schneider, Dr. Backer and the rest of his care team. Asher is from Campbellsville, KY, and his favorite UK athlete is Kenneth Horsey. Asher’s favorite food is chips with salsa and queso and his favorite animal is a chimpanzee. Asher enjoys playing soccer, video games and with Legos. 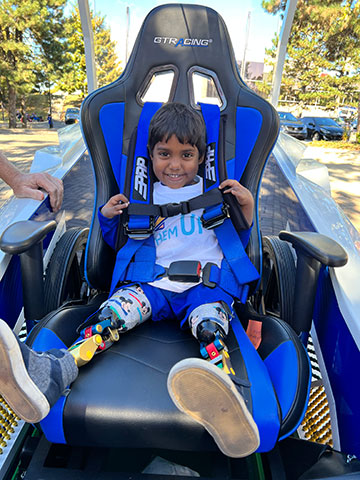 Solomon Duncan, 3, was born with bilateral Tibial Hemimelia. He was missing both tibial bones, both knees, both ankles, a large amount of bones in his feet and six toes. With the number of bones missing, reconstruction was ruled out, and bilateral leg amputations were performed with the hope that Solomon would walk one day. Two months after the surgery, Solomon was fitted for prosthetics. Solomon is originally from Tirunelveli, India. His favorite animal is a tiger, and his favorite foods are rice and mac ‘n cheese. Solomon loves all the UK football kickers because his dad and grandad were college kickers. Solomon’s hobbies include doing handstands, playing with his sisters, wrestling and playing with his chickens. 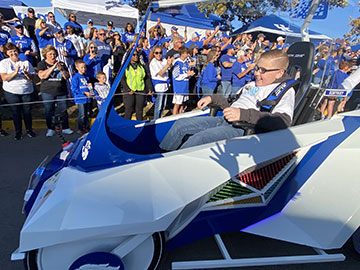 Coltyn Spencer was diagnosed with Crohn’s disease in 2020 and has been in our care since. Now, 10-year-old Coltyn receives steroids and Remicade to treat his Crohn’s disease. Coltyn in May was involved in a car accident, resulting in him being treated for several injuries in the ICU. During this difficult time, Coltyn has grown close with our staff family and displayed immense courage. Coltyn is from Nicholasville, KY, and his favorite UK athlete is Will Levis. Coltyn loves honey barbeque chicken wings and his favorite animal is his dog, Duke. Coltyn enjoys playing football, basketball and Fortnite. 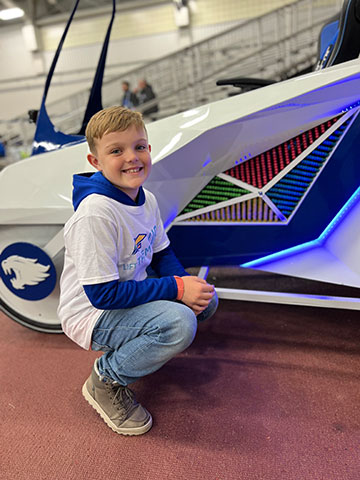 Preston Adams was diagnosed with Acute Lymphoblastic Leukemia in January 2018 at 3 years old. He began treatment right after diagnosis. Preston had over two years of chemotherapy and completed his treatment in March of 2020. Preston, now 7, is officially two years cancer free! Preston is from Richmond, KY, and his favorite UK Athlete is Will Levis. Preston’s favorite foods are steak and sushi, and his favorite animal is a dog. Preston enjoys playing football, riding his bicycle, hunting, and riding his dirt bike. 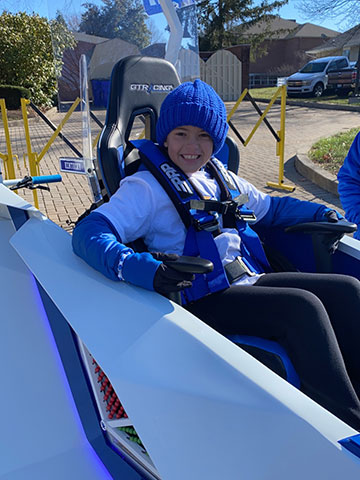 8-year-old Lucy was admitted to Kentucky Children’s Hospital in February of 2022. Her pediatrician ordered blood work to test her for MIS-C, Multisystem-Inflammatory Syndrome, which is a very rare post-COVID infection. MIS-C is an immune reaction in which after your body fights off the initial infection, it remains highly active and begins to attack the organ systems. Lucy’s skin, digestive, pulmonary and circulatory systems were affected. Once the diagnosis was confirmed, she was admitted to the Pediatric Intensive Care Unit and treated by Dr. Phil Bernard. In August 2022, Lucy was cleared by her cardiologist and has made a full recovery! Lucy is from Lexington and her favorite UK Athlete is DeAndre Square. Her favorite food is mac 'n' cheese, and her favorite animal is a red panda. Lucy enjoys playing basketball, tennis and painting. 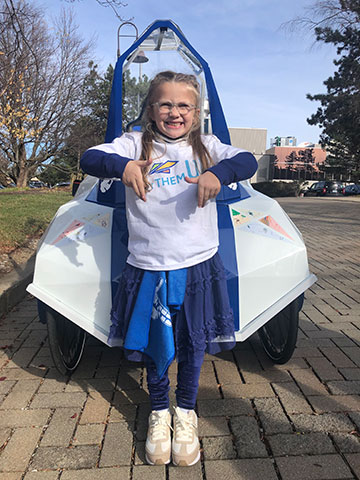 Cate, 6, was treated for 26 days, spending the majority of that time in the ICU. Cate was admitted to the ER for a belly ache that led to an E. coli diagnosis. She quickly developed a rare complication known as Hemolytic Uremic Syndrome. Cate’s medical team swiftly treated her with ventilator support and continuous dialysis, during which she also developed pancreatitis. “Cate the Great,” as she became known, successfully healed after weeks of care. Cate is from Somerset, KY, and her favorite UK Athletes are all of the swimmers. Cate’s favorite foods are plums and cheese sticks. She enjoys playing with her brother outside, drawing and roleplaying as a princess.