2019 Lift Them Up Kid of the Game Team Roster 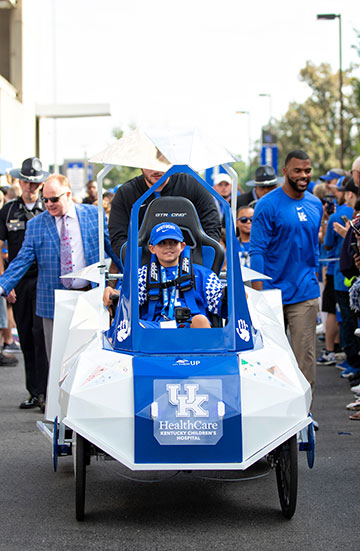 Eight-year-old Maximo spent time at Kentucky Children’s Hospital when his brother, Marco, was fatally injured in September 2018. He has since been an active part of our community, delivering toys to Child Life in honor of his brother. Maximo loved to spend time with his brother and race hot wheels with him. Maximo is from Winchester, KY, and his favorite food is a hot dog. Maximo loves playing Nerf guns, making art, playing baseball, basketball and fishing, and his favorite animal is a Wildcat. 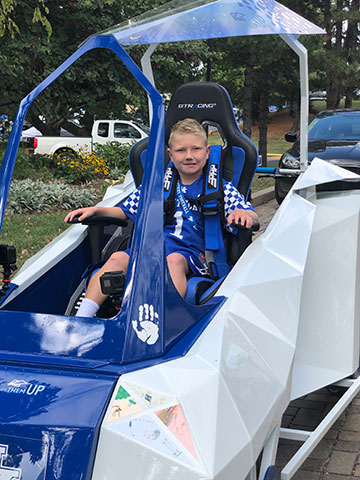 Seven-year-old Jack was transported to Kentucky Children’s Hospital just hours after he was born, and was later diagnosed with a congenital heart defect known as HLHS with a small chance of survival. Jack had surgery at just eight days old and was diagnosed with Trisomy 13 Mosaic. He overcame many obstacles and still continues to amaze everyone that knows him. Jack is from Mt Sterling, KY, and his favorite foods are shrimp, steak and chicken. Jack’s favorite animal is Snoopy, and his hobbies include swimming, camping, basketball, riding bikes, boating and riding rough terrain vehicles. 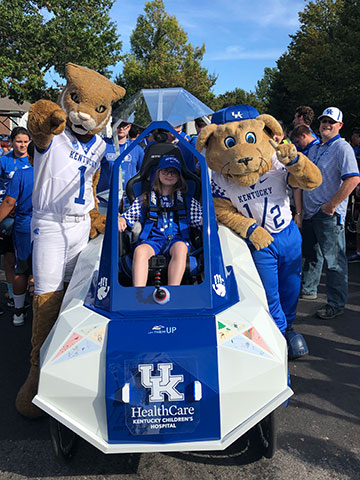 Ten-year-old Audrey was admitted upon her diagnosis with type 1 diabetes. She received the very best care during her time at Kentucky Children’s Hospital. She receives ongoing care for her type 1 diabetes from her amazing endocrinologist and the diabetes educators at Barnstable Brown Diabetes Center. Audrey enjoys cross country running, Roblox, swimming and crafting. Her favorite food is sushi and Scratch is her favorite UK Athlete. 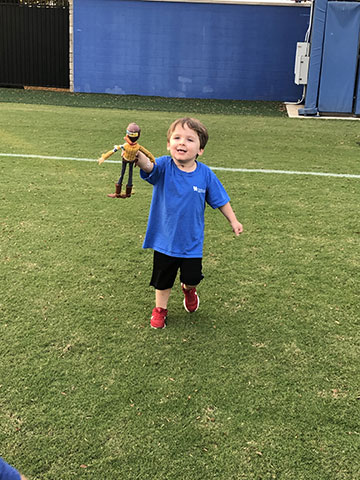 Kase, 4, has suffered from severe tracheobronchomalacia and severe subglottic stenosis. He had a tracheostomy and vent from December 2015 to July 2018. He has survived oxygen drops of severe levels and is thriving today. Kase was the youngest child in our history to undergo an airway reconstruction. Kase enjoys life on the farm in McKinney, KY, and loves riding tractors and checking cattle. He loves all things Disney — Woody is his sidekick. His favorite foods include burgers and pizza, and his favorite animals are puppies, Scratch and Wildcat! 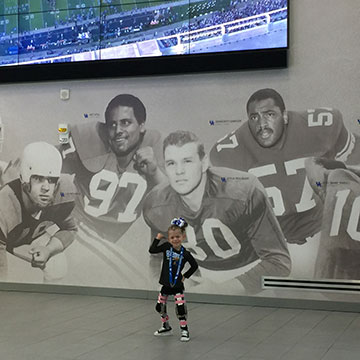 Taytum was born 13 weeks early as a surviving monoamniotic-monochorionic twin. She weighed one pound, nine ounces and spent almost five months in the Kentucky Children’s Hospital NICU until she returned home through hospice care. She returned to us for treatment of breathing issues due to her chronic lung disease and pulmonary hypertension, heart catheter surgeries, ENT surgeries, and pneumonia. Taytum is from London, KY, and she enjoys playing Xbox with her little brother, dancing, swimming, playing outside, pretending to be a doctor and playing with her dolls. Taytum’s favorite animal is a sheep and her favorite color is the whole rainbow! She loves McDonalds Cheeseburgers, but with no pickles. 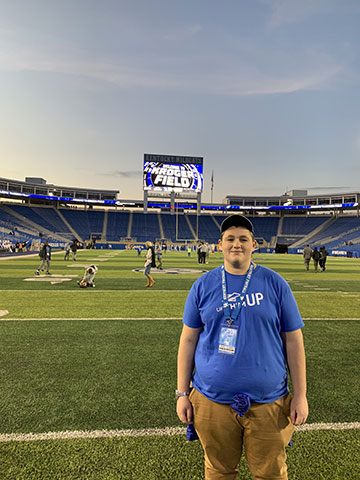 Fifteen-year-old Skylar was treated at Kentucky Children’s Hospital for Burkitt Lymphoma, a form of non-Hodgkin’s lymphoma. “It was a scary time, but my doctors always made me feel safe,” he said. “Loved all my nurses also!” Skylar is from Benham, KY, and his favorite food is fried shrimp. Skylar’s favorite animal is a Great Dane, and he enjoys fishing, playing video games, football and basketball. 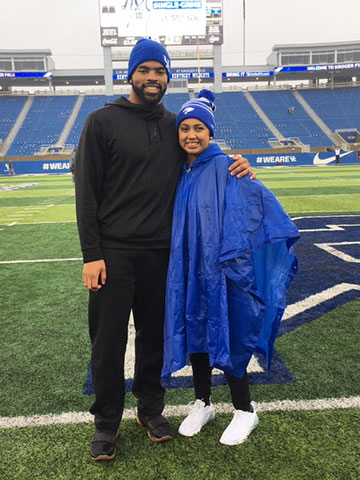 Fifteen-year-old Rosa was emergently admitted to Kentucky Children’s Hospital in September 2018 with a stroke caused by a very rare condition, Takayasu’s arteritis. Rosa has had intense rehabilitation and continues to follow up closely with our doctors. Rosa continues to get stronger and overcome obstacles every day. Rosa is from Danville, KY, and she loves UK basketball! Her favorite food is chicken alfredo, and her hobbies include basketball, dancing and music. 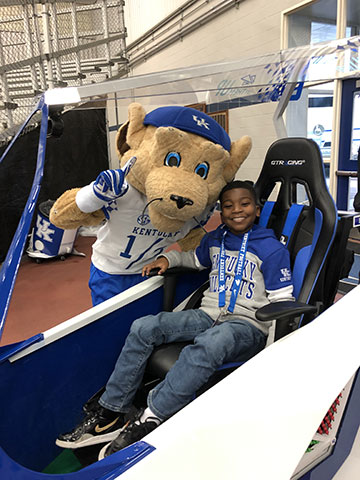 Eight-year-old DJ was admitted for hydrocephalus. Doctors discovered it was an arteriovenous (AV) fistula in his spine that caused the fluid on his brain. DJ later suffered a stroke caused by a vasospasm, from which he has now fully recovered. DJ has a shunt to drain the fluid from his brain, but he doesn’t let that stop him from being a fun-loving, active kid. DJ’s favorite food is chicken nuggets with fries and spaghetti! His favorite animal is a lion, and his hobbies include spending time with his family, playing soccer and watching movies.