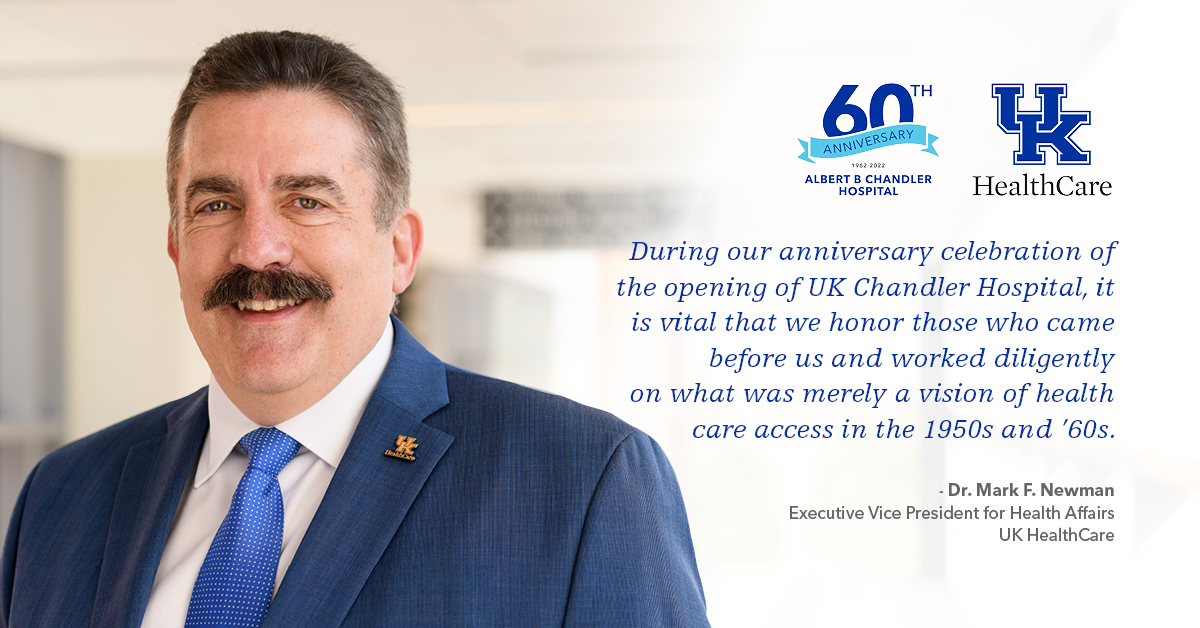 ‘Albert B. Chandler Hospital Appreciation Day’ will honor 60 years of commitment to the Commonwealth

“Over the years, we are grateful for the state legislators who have demonstrated their commitment to the health and well-being of the people of the Commonwealth through their support of many UK HealthCare projects and initiatives,” said Mark F. Newman, MD, UK HealthCare’s executive vice president for health affairs.

“We are especially appreciative of one of the most important endeavors in the history of our state – the opening of UK Albert B. Chandler Hospital,” said Dr. Newman, who was joined in Frankfort by UK President Eli Capilouto for Wednesday afternoon’s legislative sessions.

“We are greatly honored today for this acknowledgment by the members of the Kentucky Senate and Kentucky House of Representatives to help us celebrate this milestone for the university, for UK HealthCare and for the Albert B. Chandler Hospital -- our academic medical center,” said Capilouto.

UK Chandler Hospital, the UK College of Medicine and the other hospitals and clinics that comprise UK HealthCare employ more than 10,000 physicians, nurses, pharmacists and other health care professionals. “This team is dedicated to providing the most advanced, high-quality patient care to Kentucky and beyond,” Dr. Newman said.

Today, access to quality health care in the Bluegrass is something that is often taken for granted, but in the early 20th century, it was a much different picture. At that time, one of every three Kentuckians examined for military service during World War II was deemed medically unfit for duty. In 1949, more than 5,000 births were unattended in Kentucky, and the state ranked near the bottom in physician-to-patient ratio, with an estimated 1,400 additional doctors needed.

To address these challenges, a group of UK professors and the Legislative Research Commission recommended in the early 1950s that an academic medical center be built at UK. At the time, it was projected that the Commonwealth would be 2,000 physicians below the national average by 1965 if immediate efforts were not taken to open another medical school in the state.

In June 1954, the UK Board of Trustees committed to fulfilling the university's original charter to create a medical college and associated medical center once funds became available. Former Gov. Albert B. Chandler then promised during his 1955 gubernatorial campaign that he would build and appropriate funds for the medical center that was later named for him.

In May 1956, the UK Board of Trustees agreed to establish the academic medical center at a cost of $27.8 million, with the state providing nearly $17.1 million along with about $10.7 million in federal money.

After its completion in 1962, the hospital immediately became a cornerstone for educating top physicians, providing outstanding health care, and conducting breakthrough research.

“We are forever grateful for those who provided the support needed to build the foundation that has led to our world-class medical facilities,” Dr. Newman said. “It is our hope that through our work, we honor the legacy of these visionaries and leaders each and every day.” 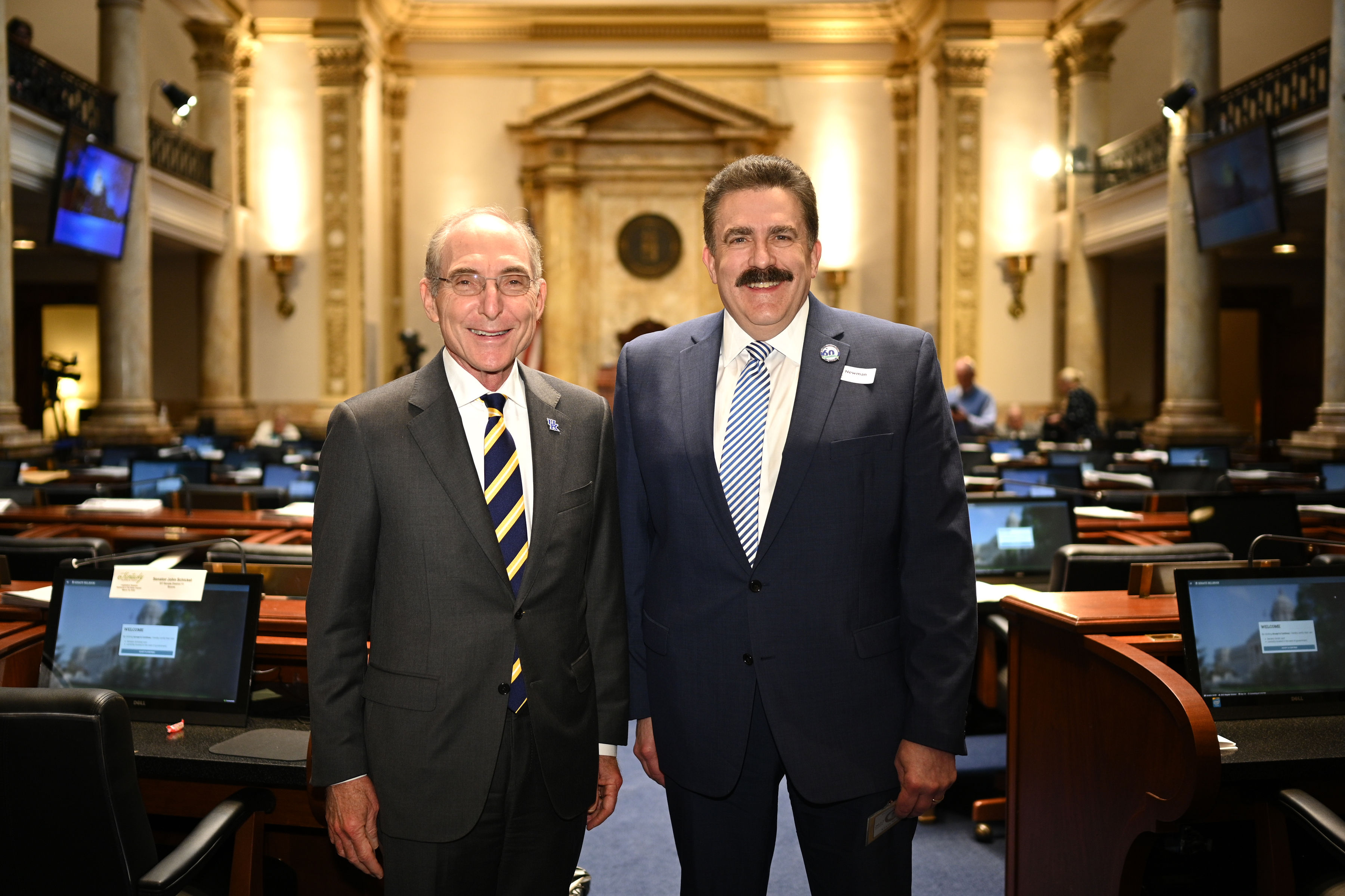 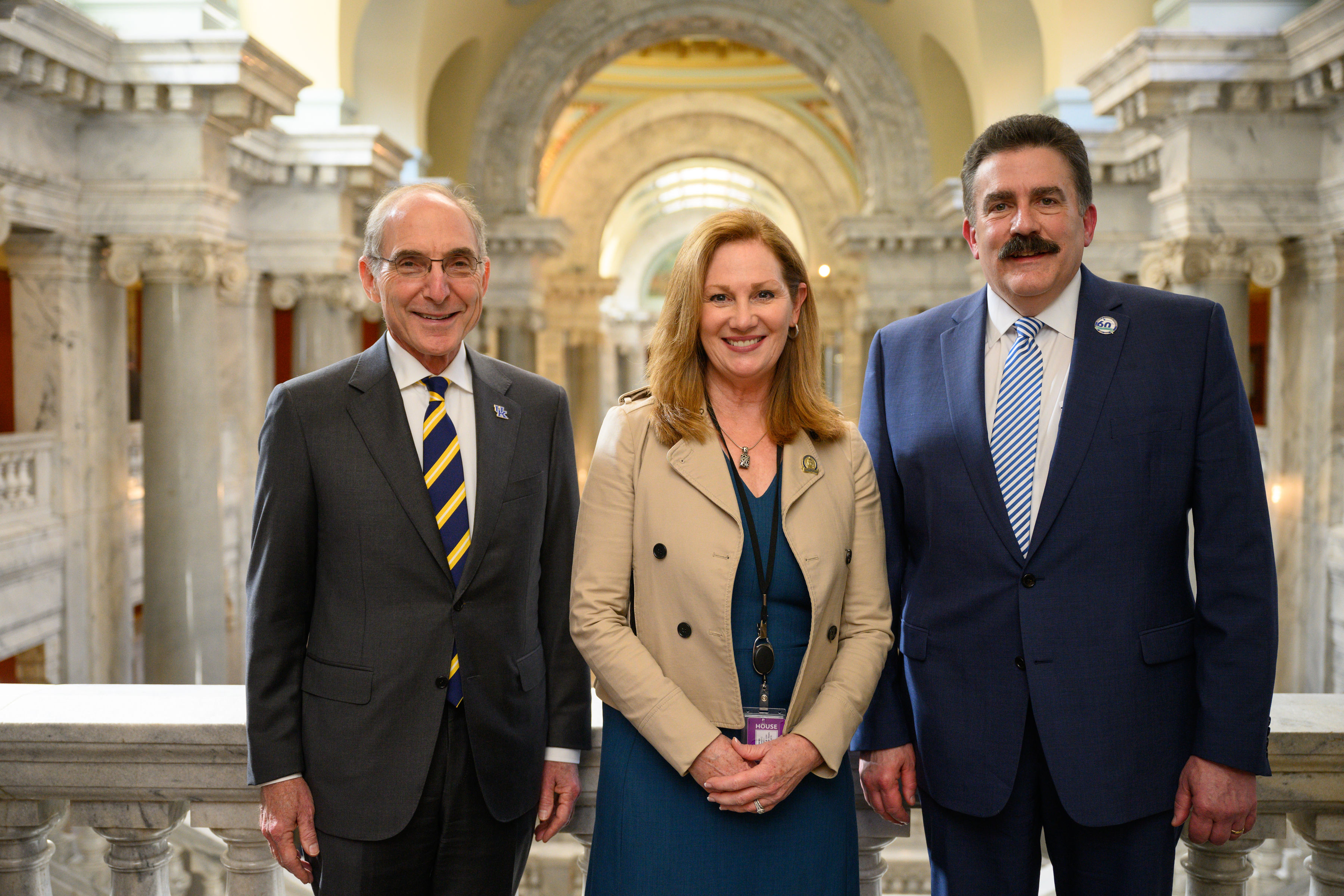 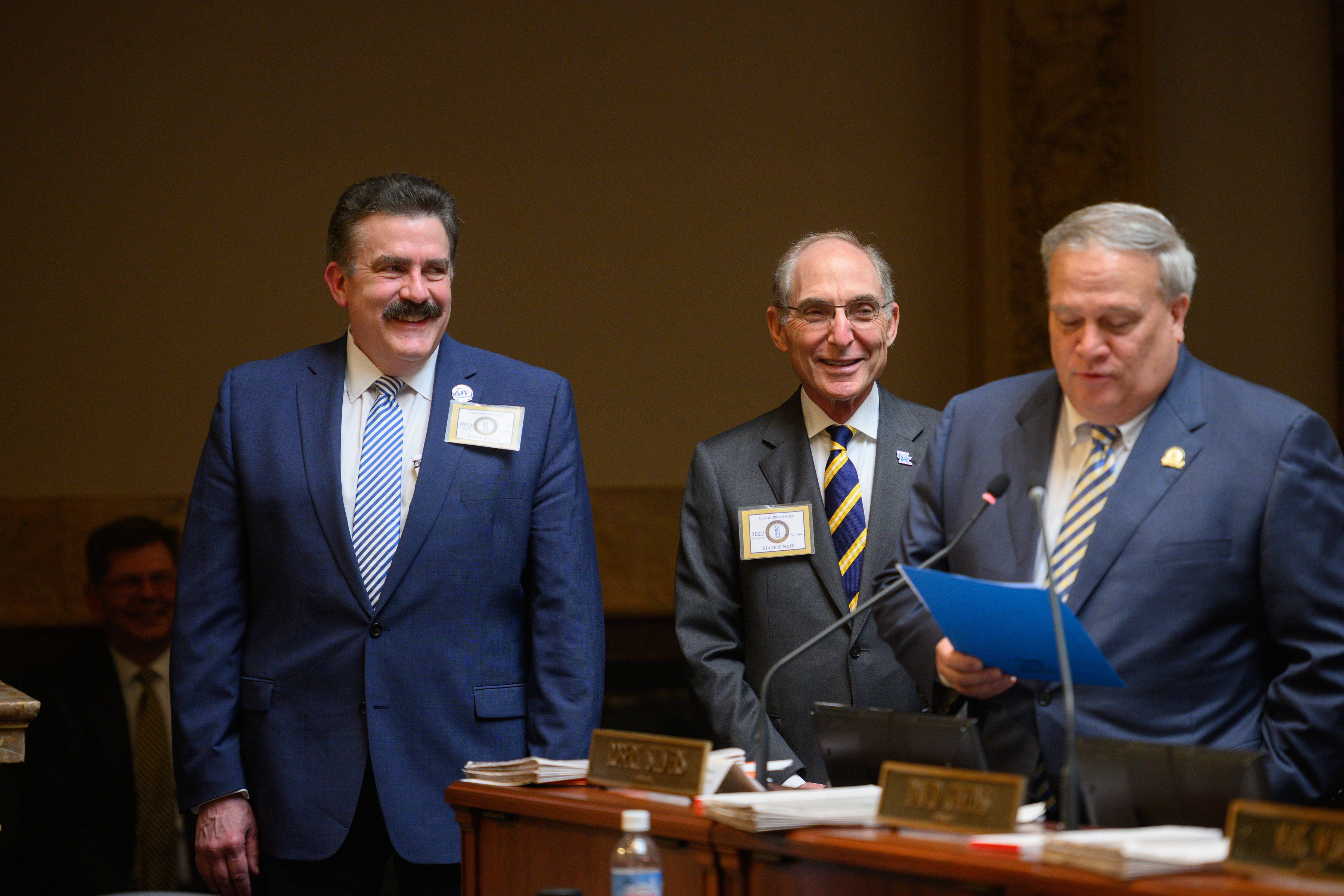 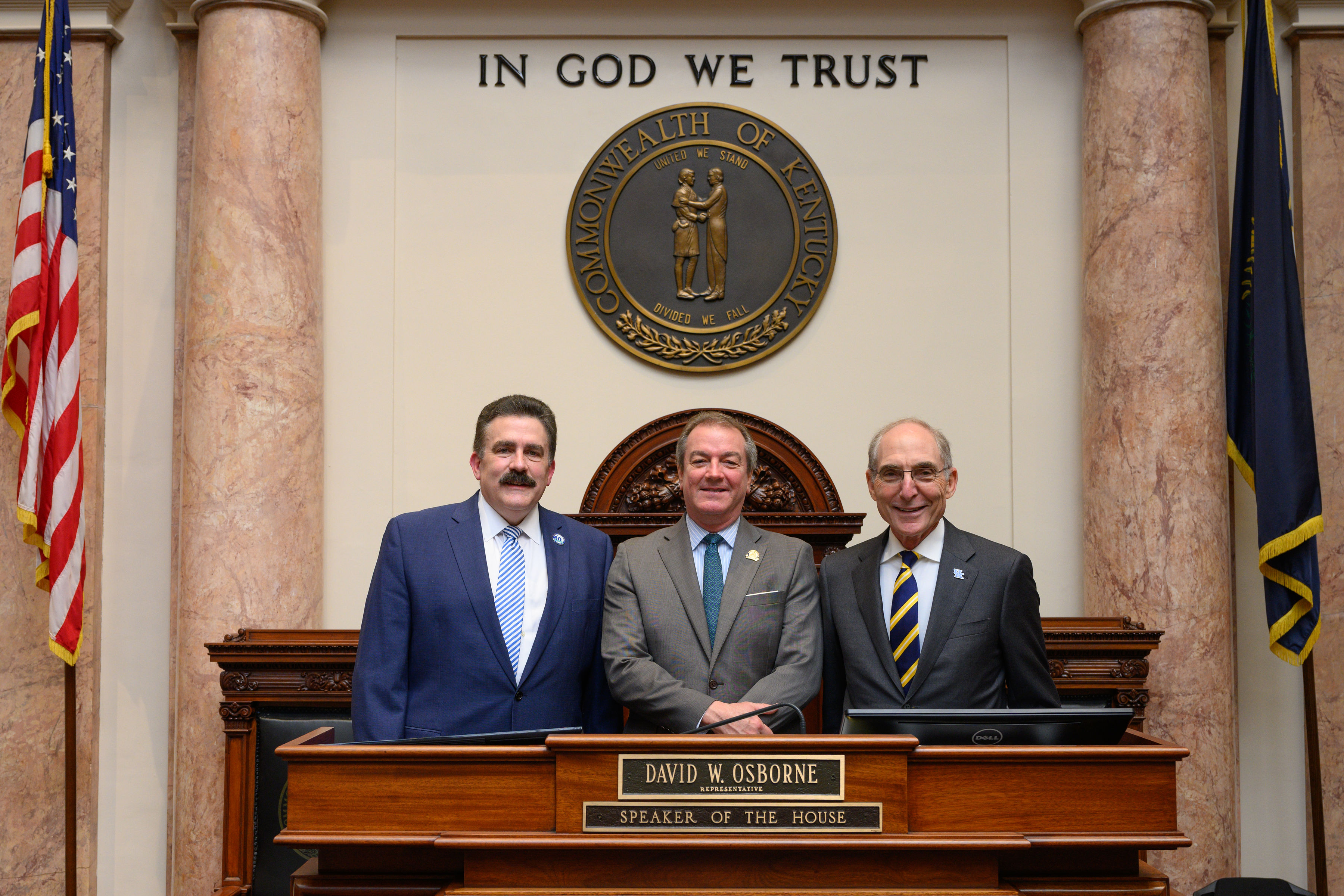 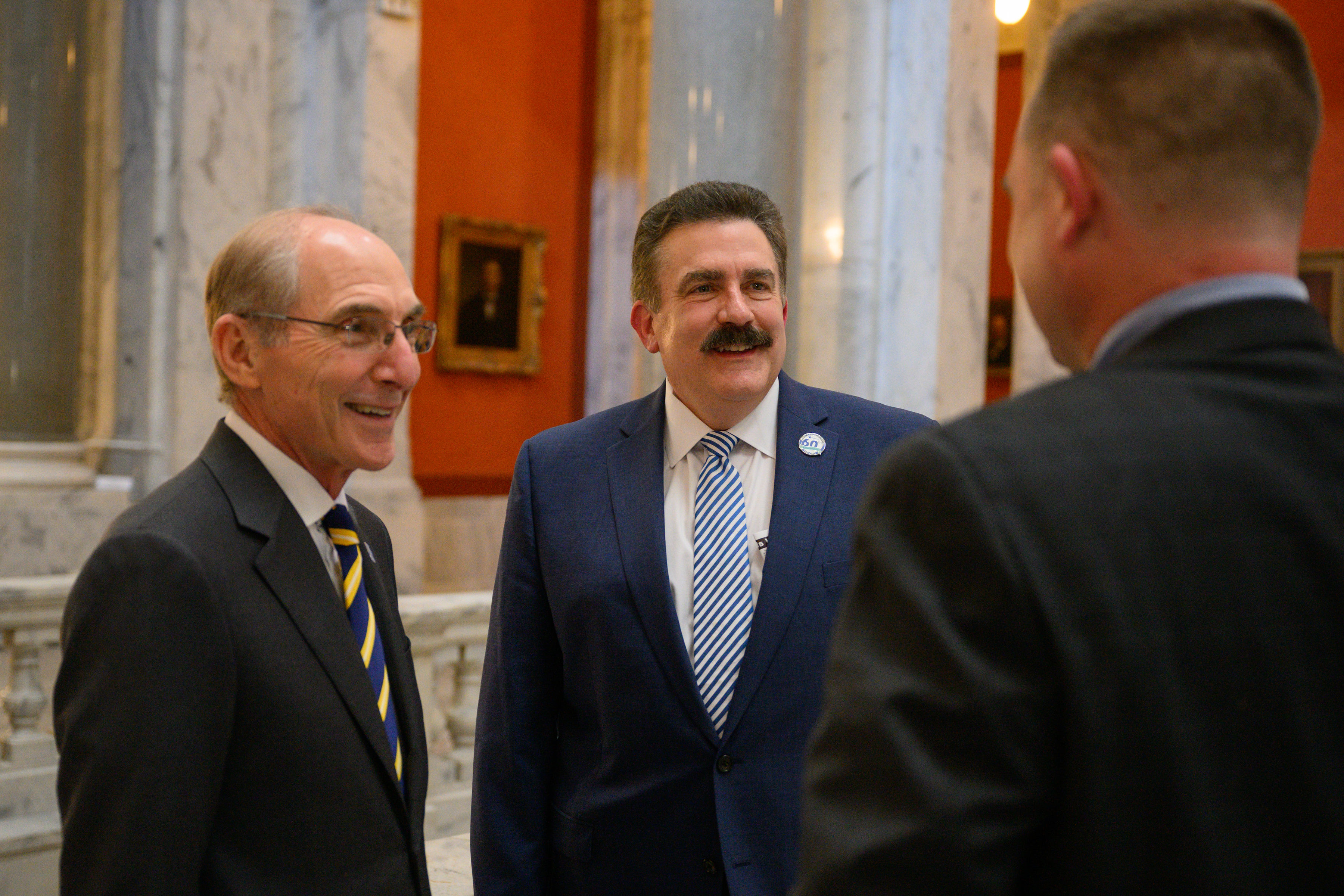